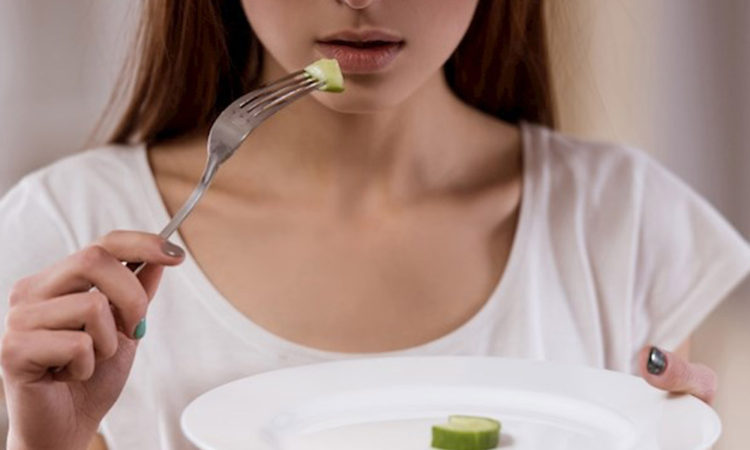 Eating disorders are serious medical illnesses marked by severe disturbances to a person’s eating behaviors. Obsessions with food, body weight, and shape may be signs of an eating disorder. These disorders can affect a person’s physical and mental health; in some cases, they can be life-threatening. But eating disorders can be treated. Learning more about them can help you spot the warning signs and seek treatment early.

Note: Eating disorders are not a lifestyle choice. They are biologically-influenced medical illnesses.

Who is at risk for eating disorders?

Eating disorders can affect people of all ages, racial/ethnic backgrounds, body weights, and genders. Although eating disorders often appear during the teen years or young adulthood, they may also develop during childhood or later in life (40 years and older).

Note: People with eating disorders may appear healthy, yet be extremely ill.

The exact cause of eating disorders is not fully understood, but research suggests a combination of genetic, biological, behavioral, psychological, and social factors can raise a person’s risk.

What are the common types of eating disorders?

What is anorexia nervosa?

People with anorexia nervosa avoid food, severely restrict food, or eat very small quantities of only certain foods. Even when they are dangerously underweight, they may see themselves as overweight. They may also weigh themselves repeatedly.

There are two subtypes of anorexia nervosa: a restrictive subtype and binge-purge subtype.

Restrictive: People with the restrictive subtype of anorexia nervosa place severe restrictions on the amount and type of food they consume.

Binge-Purge: People with the binge-purge subtype of anorexia nervosa also place severe restrictions on the amount and type of food they consume. In addition, they may have binge eating and purging behaviors (such as vomiting, use of laxatives and diuretics, etc.).

Over time, these symptoms may also develop:

Anorexia can be fatal. Anorexia nervosa has the highest mortality (death) rate of any mental disorder. People with anorexia may die from medical conditions and complications associated with starvation; by comparison, people with others eating disorders die of suicide.

What is bulimia nervosa?

People with bulimia nervosa have recurrent episodes of eating unusually large amounts of food and feeling a lack of control over these episodes. This binge-eating is followed by behaviors that compensate for the overeating, such as forced vomiting, excessive use of laxatives or diuretics, fasting, excessive exercise, or a combination of these behaviors. Unlike those with anorexia nervosa, people with bulimia nervosa may maintain a normal weight or be overweight.

What is binge-eating disorder?

How are eating disorders treated?